General Dynamics Land Systems, a business unit of General Dynamics, announced today that it has been awarded a Foreign Military Sales order from the U.S. Army worth up to $1.148 billion to deliver 250 M1A2 SEPv3 Abrams main battle tanks to Poland. “We are pleased to have been chosen to provide this critical armored capability to our allies in Poland. The M1A2 SEPv3 Abrams is the most advanced main battle tank in the world, and we look forward to getting it into the hands of Polish Soldiers,” said Chris Brown, vice president of global strategy and international business development at General Dynamics Land Systems. 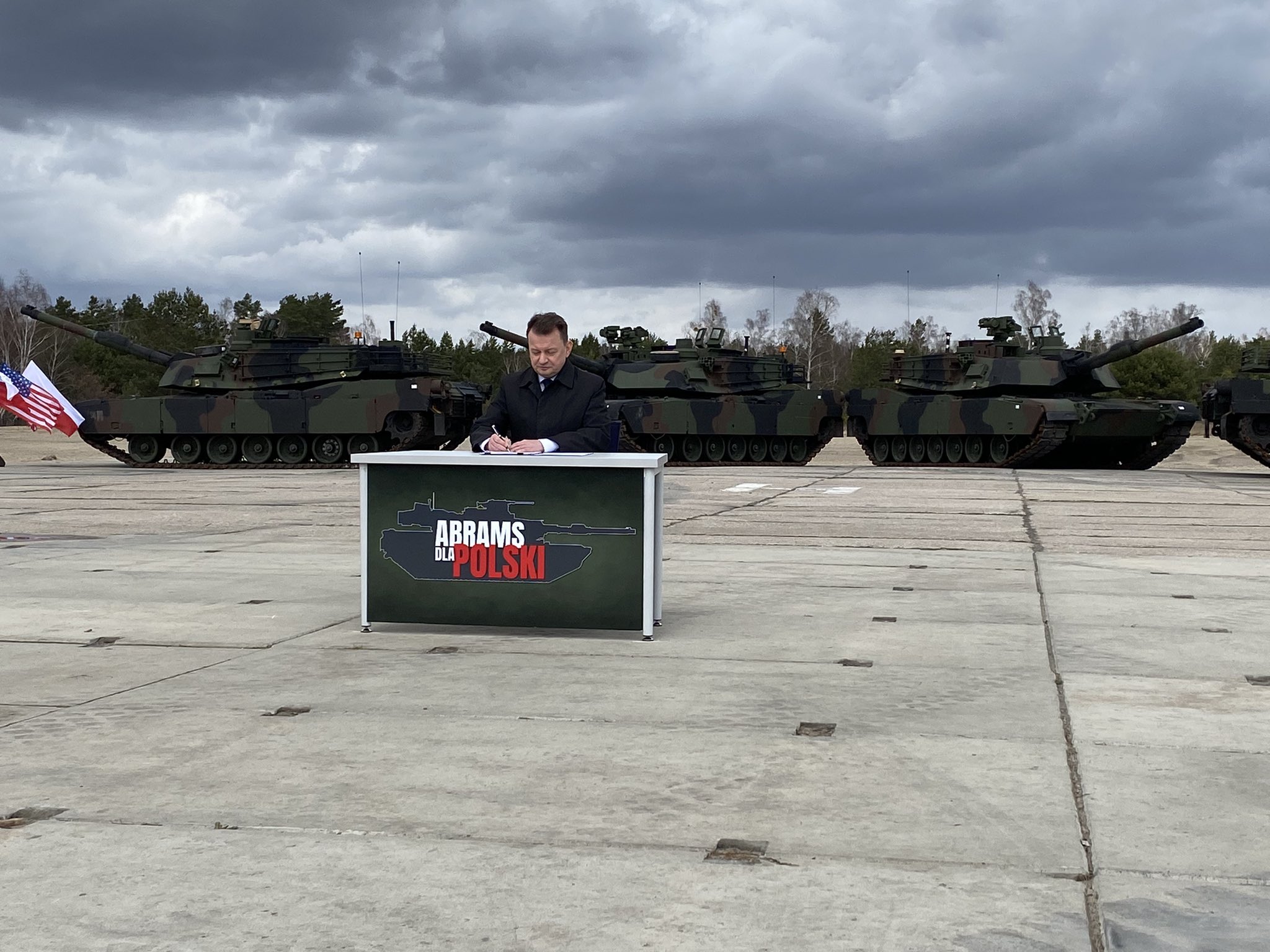 The head of the Ministry of National Defence signed an agreement for the purchase of 250 250 M1A2 SEPv3 Abrams main battle tanks for the Polish Army. Mark Brzezinski, the US ambassador to Poland, participated in the signing of the agreement.

The Abrams tanks in the most modern SEPv3 version will be delivered to units located in the eastern part of Poland, on the Eastern flank of NATO – primarily the 18th Mechanized Division, including the 1st Armoured Brigade. The first tanks for training will be delivered to the Polish Land Forces later this year, and deliveries are scheduled to be completed in 2026. Along with the 3rd generation ABRAMS M1A2 SEPv3 tanks, Poland will also receive a logistics and training package. Simulators will also be purchased. It will be the beginning of the implementation of one of the largest contracts in the history of the Polish Armed Forces. The M1A2 SEP V3 also called M1A2C is the latest generation of main battle tanks in the family of M1A2 Abrams. The M1A2 Abrams SEPV3 retains the layout of the M1A2 with the driver’s cab at the forward centre hull, turret in the middle and power pack at the rear. The tank integrates a joint tactical radio system (JTRS) handheld and small form-fit radio to ensure network readiness and interoperation with future brigade combat teams (BCTs). The Abrams M1A2 SEP V3 include the Ammunition DataLink (ADL), improved 120mm ammunition, Improved Forward-Looking Infrared (IFLIR) and the low-profile (LP) Common Remotely Operated Weapon System (CROWS). The main battle tank measures 9.7m-long, 3.7m-wide and 2.4m-high, and is manned by a crew of four, including a driver, a commander, a loader and a gunner. The 73.6-ton tank has a crew of four and can go 42 miles on a road and 30 miles per hour cross-country.