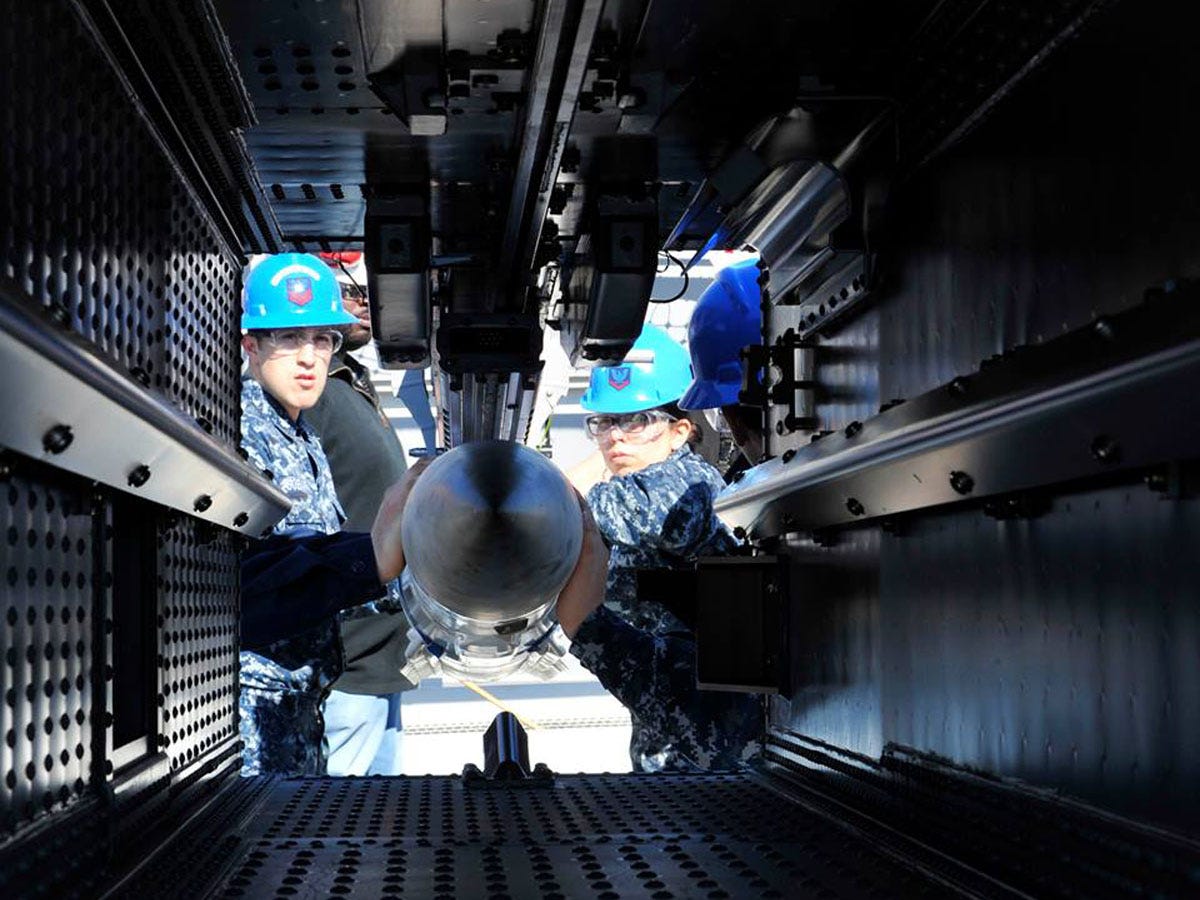 A team of Fire Controlmen aboard the Gerald R. Ford feed dummy ammunition into the ship’s MK-15 close-in weapon system during a maintenance check. 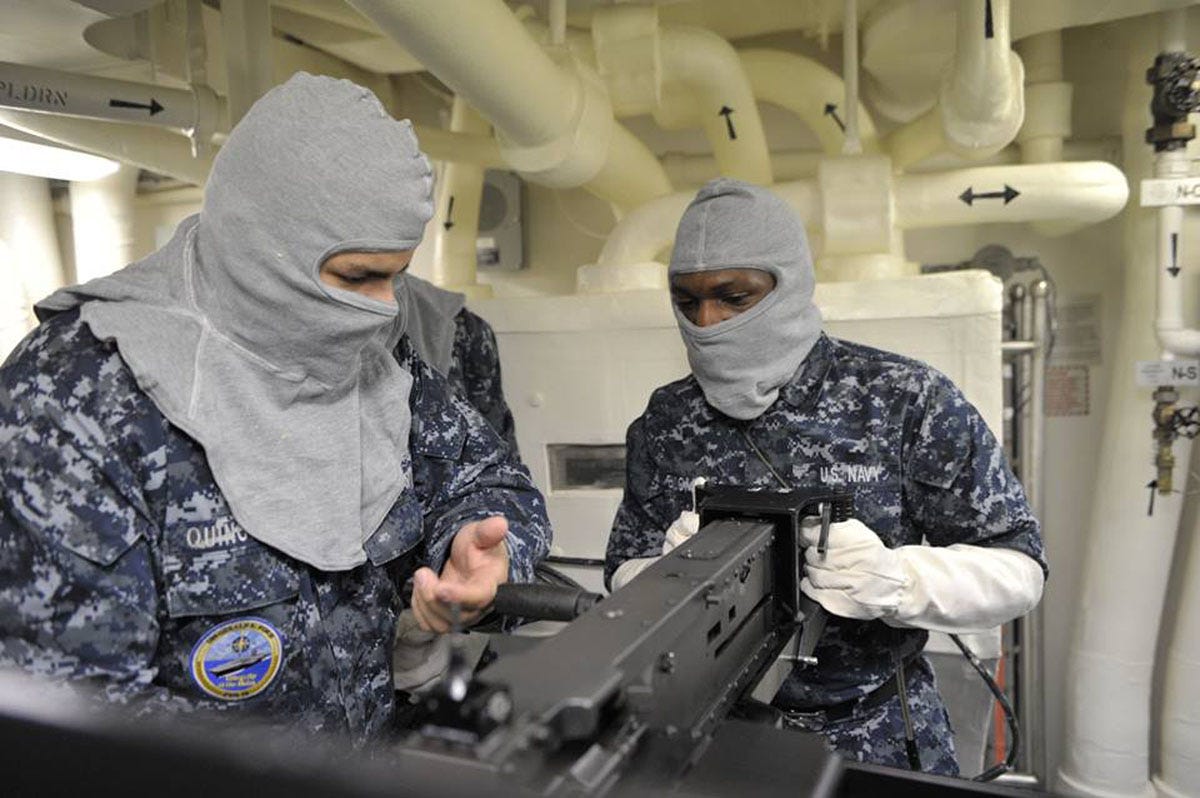 Bringing out the big guns

Each of the surface-to-air missiles weighs 162 pounds and has infrared homing capabilites. Gunner’s Mate Seaman Sharon Handler prepares an M-14 rifle loaded with a Mark-87 line throwing kit, assisting with the mooring of the PCU Gerald R. Ford as it returns to Norfolk, Virginia.

The ship was sent to sea for testing

Ships like this look to me like giant targets for enemy ballistic missiles or (even drones). I wonder if admirals were as attached to sailors as they were to battleships before the Second World War, when ships were much more valuable than warships as warships.

The ship was sent to sea for testing