A water-based drone we’ve never seen before just showed up near Sevastopol. Authorities say they destroyed it.

A never before seen unmanned surface vessel (USV) washed up on a beach in the Black Sea this week. According to social media reports, open source intelligence, and local news reports, the USV appeared on a beach near the city of Sevastopol in Russian-occupied Crimea, which is the home of Russia’s Black Sea Fleet.

The USV looks like a small cigarette boat painted all black and loaded with cameras. A gimbal mounted camera sits at the top, what some have speculated is one of SpaceX’s Starlink antennas rests on the back, and various sensors and lights dot the front. Experts have speculated that the USV may ride the surface or be semi-submersible, able to traverse just under the surface of the water. 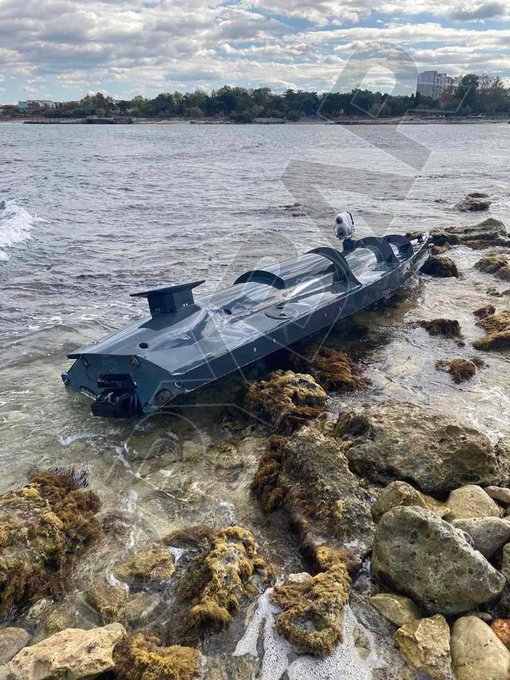 It’s unclear who owns the USV, who manufactured it, or what exactly it was used for. The possible presence of the Starlink antenna and presence in the Black Sea point to Ukraine, who has been targeting Russia’s navy in the region and makes extensive use of the Starlink system; Elon Musk said at the beginning of the war that Starlink is operational in Ukraine. It’s possible the USV is just a reconnaissance drone, but it also appears it may be able to carry munitions and act as a bomb. Several experts noted that the sensors on the front of USV could be used as a laser range finding system to help in targeting. 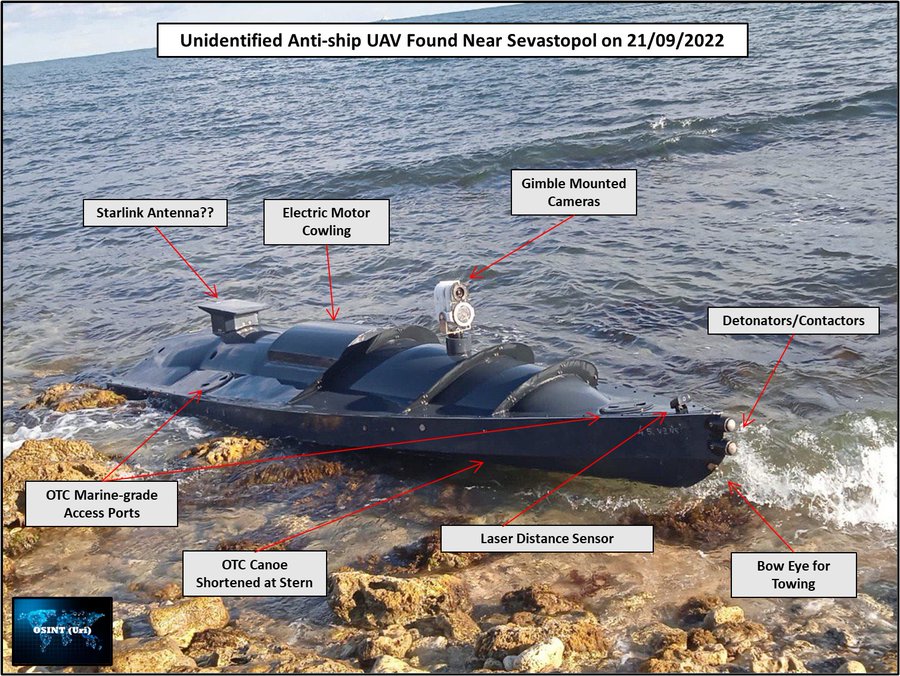 In its coverage of the drone, The War Zone noted that this system could be the mysterious “unmanned coastal defense vessels” that the U.S. shipped to Ukraine as part of an aid package announced in April. “It’s an unmanned surface vessel that can be used for a variety of purposes in coastal defense,” Pentagon press secretary John Kirby told reporters when asked about the line item at a briefing on April 13. “I think I’ll just leave it at that.”

After pictures of the USV surfaced online, something exploded in the Black Sea off the coast of Sevastpol. Later, the governor of Sevastpol announced on Telegram that the USV had been captured by authorities and destroyed.