He simply began to threaten the heads of the russian defense industry with criminal liability for failure to fulfill production plans, The Drive states.

Medvedev came with an inspection to the “Uralvagonzavod” in Nizhny Tagil, as he himself claimed: “On the personal instructions of Putin as the supreme commander.” At the same time, Medvedev himself was dressed in a leather cloak, as if he were a Bolshevik commissar or a Nazi “führer of the economy”.

The “high-ranking” guest was shown a row of the T-72B3 and T-90M Proryv tank hulls, which were under constructione. And then Medvedev actually thought of saying something like “if the state defense order is not executed in good faith, the guilty will face criminal liability”.

By itself, such a statement looks symptomatic. Because before the war, “Uralvagonzavod” and its staff were a model for the authorities of the russian federation. Now it turns out that the flagship of the russian defense industry, instead of a “favorite toy”, has become the object of “draconian measures” for the Kremlin.

On the other hand, here it is worth remembering that the pace of the Russian Federation’s modernization of Soviet tanks in “peacetime” directly depended on the rhythmicity of the supply of Western components, for example matrices for the Sosna-U sight.Before the full-scale war in Ukraine, components arrived on time: the Russians could withstand the pace of modernization of up to 50 T-80BVM tanks and up to 170 T-72B3 tanks per year. After the invasion Western sanctions began to work and the production rate collapsed to one batch of T-80BVM for the whole of 2022, and the modernization of the T-72B3 stopped. 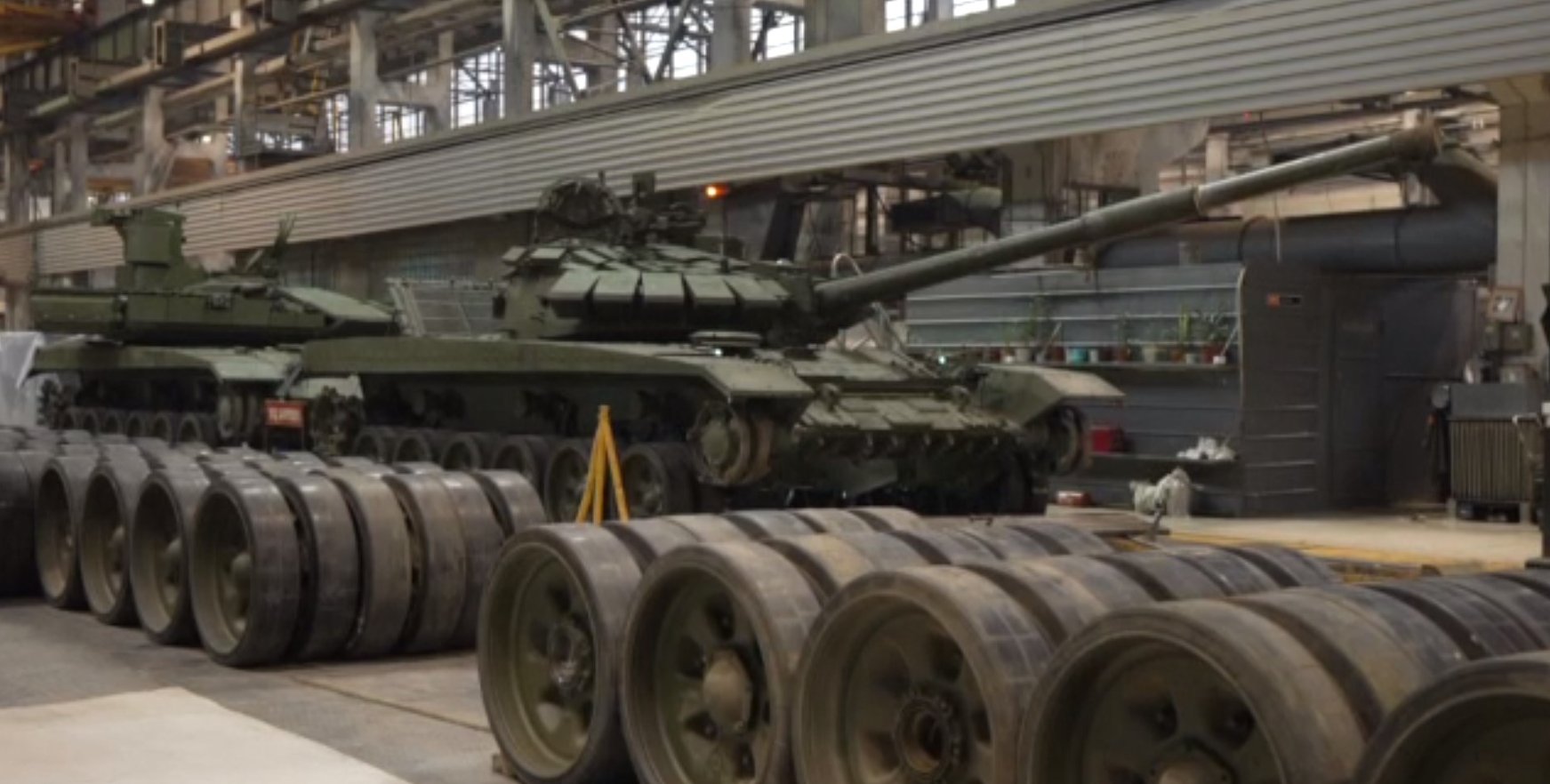 However, at the same time, this year the plant can boast that it supplied the troops with a batch of TOS-1 Buratino on the T-72 chassis using “simplified” production technology, and a batch of modernized 2S7M Malka self-propelled guns.

Perhaps if Medvedev visited the 103rd Armored Plant, he would have been overwhelmed by frustration. Because it is at this plant the modernization of 800 T-62M tanks is being conducted.

The conveyor belt for “reanimation” of 60-year-old tanks is an all-too-bright symbol of how the Kremlin absorbed a huge amount of resources into its defense industry. Which in fact turned out to be a “paper tiger” sliding towards manufacturing.